In 1989, a not so young Roberto was in the fight of his life. During an infamous and illustrious career Duran had won three world titles, but at 37 years old, this fight was almost a joke. Pitted against a much younger Iran Barkley in his prime, nobody thought Roberto had a chance. However, Duran had one thing going for him: he couldn't quit this fight.

You see Roberto Duran had been famous for many things, but there's one thing he was infamous for. He had ended his second fight against another famous boxer...Sugar Ray Leonard with two famous words...'no más', which means 'no more' in spanish. Quitting isn't common in the boxing ring, specially when it comes to a title fight.

What's with the sports talk?

Now, if you know me, you probably know that I don't watch sports at all, but as someone born in Panama, those were more than just boxing matches, they were part of our national history. I remember watching the famous 'no mas' fight, and as a young kid I'd never been more confused. Being a young country, Panama seems to have more infamous than famous people and Duran was the first one I learned about.

It wasn't until recently that I found out what happened after the 'no mas' fight. Duran was branded a coward and it must not have been fun being branded as a national disgrace. It would have been easy for him to disappear into history. However, he did something that's not uncommon with fighters, he tried to make a comeback...again and again.

But it wasn't until his fight with Iran Barkley that he was successful with what is considered his greatest achievement. He won the WBC Middleweight, his fourth title that day at 37 years. It was named the Fight of the Year by The Ring magazine. But most of all, I think he got some of his pride back, and his country's as well.

I took a break for a few weeks, while I worked on the project I've been talking about. A heavily graphics based approached to teaching JavaScript. It's a completely new thing. Here's a peek at one of the frames, where I'm attempting to explain promises. 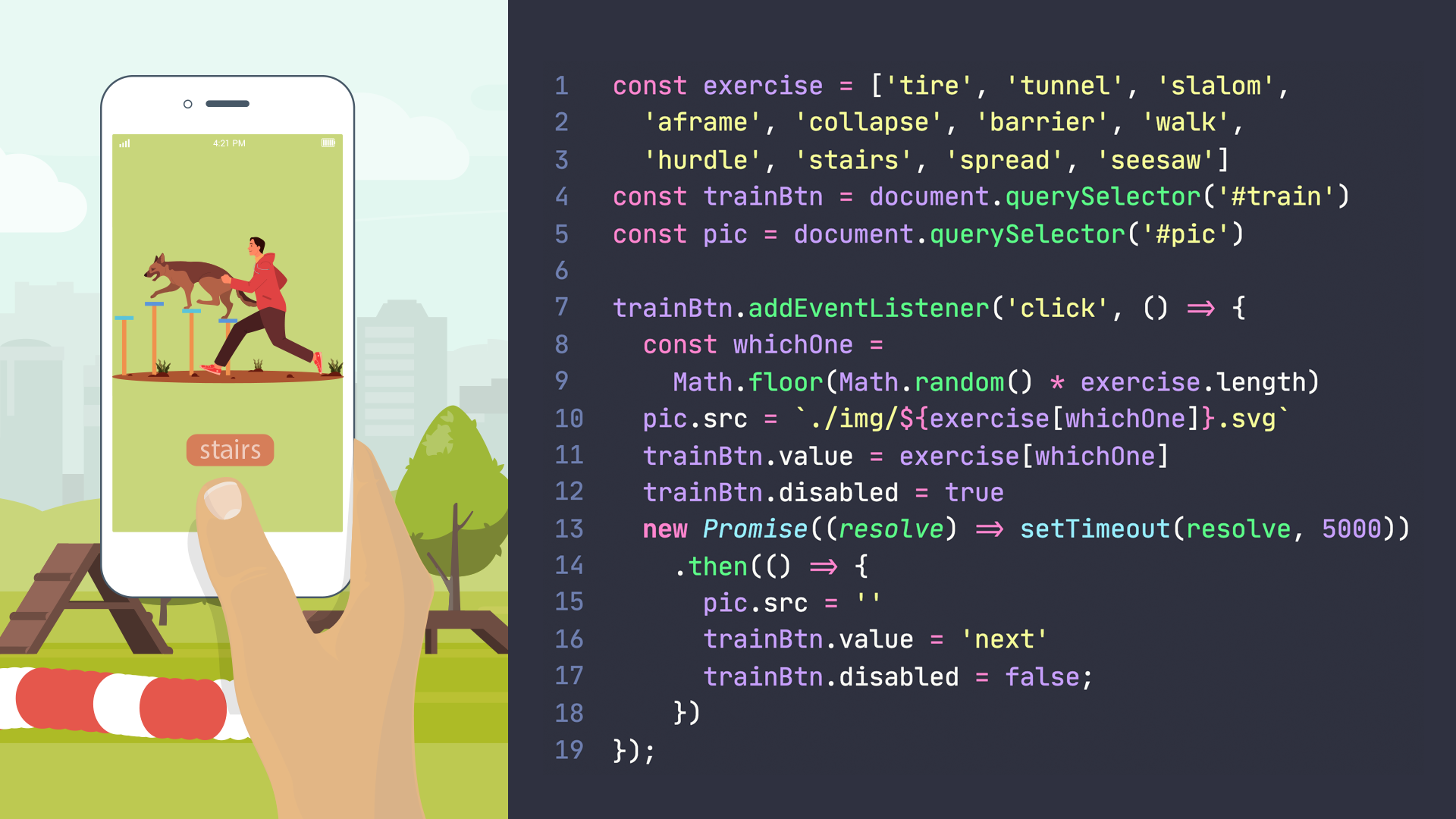 Every video has a story behind it. I think it makes sense to try to teach something in a more practical way. We'll see how it does.

I also did a course with my mates that we’re calling Tech Trends. This is a course with a variety of other authors talking about interesting and upcoming topics in the Tech Industry. My segment was on Code Spaces. We’ll be doing more of these in the future.

The Toolbox is back this week and I'm going to try to get back on a regular schedule again. I scheduled two episodes, so you can sign up for both of them if you want to. 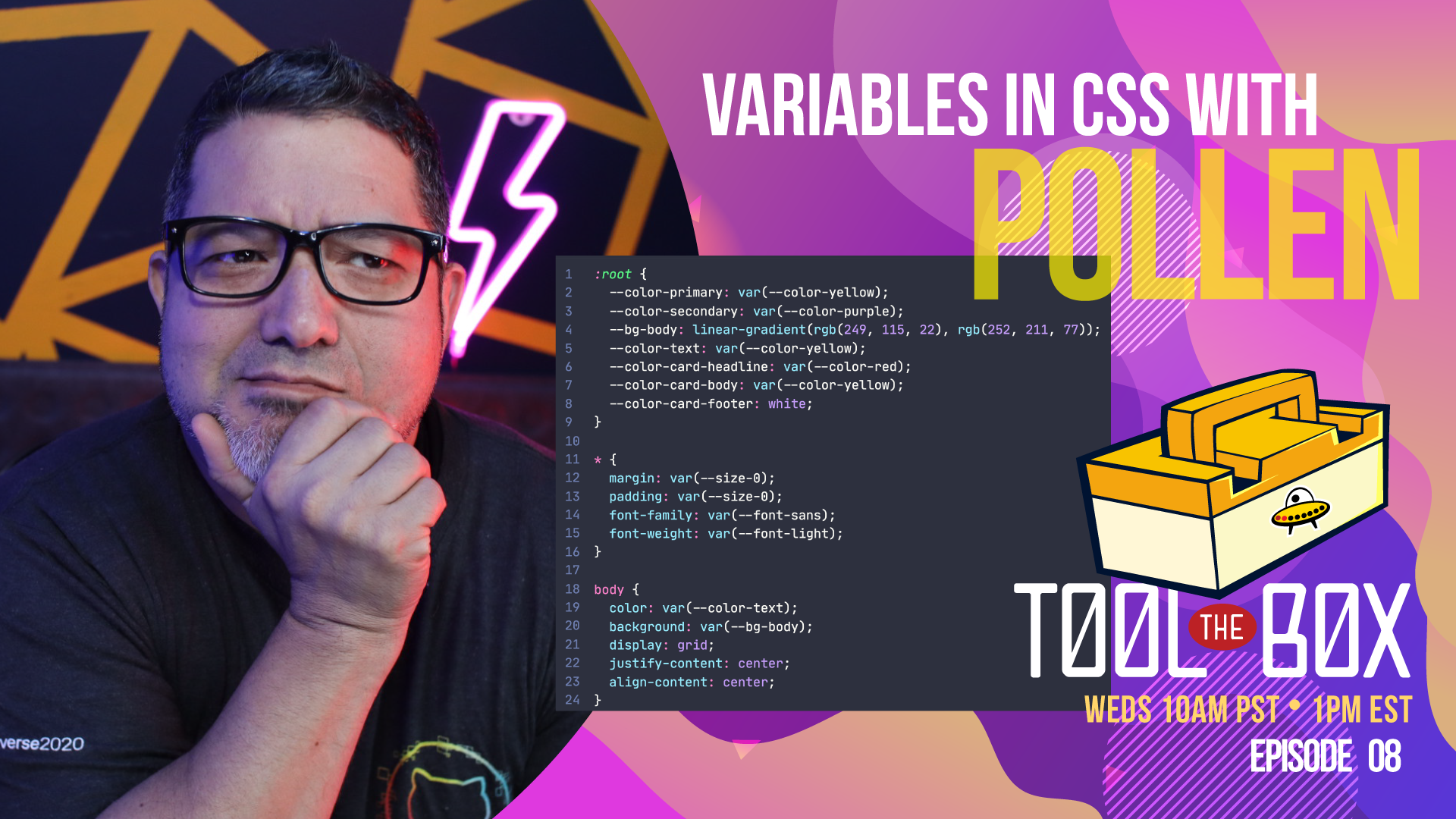 This week, we'll be trying out a new library called CSS Pollen to build a simple layout using CSS grid, I'll have some Toolbox shorts and as usual answer questions. Glad to be back...should be fun. 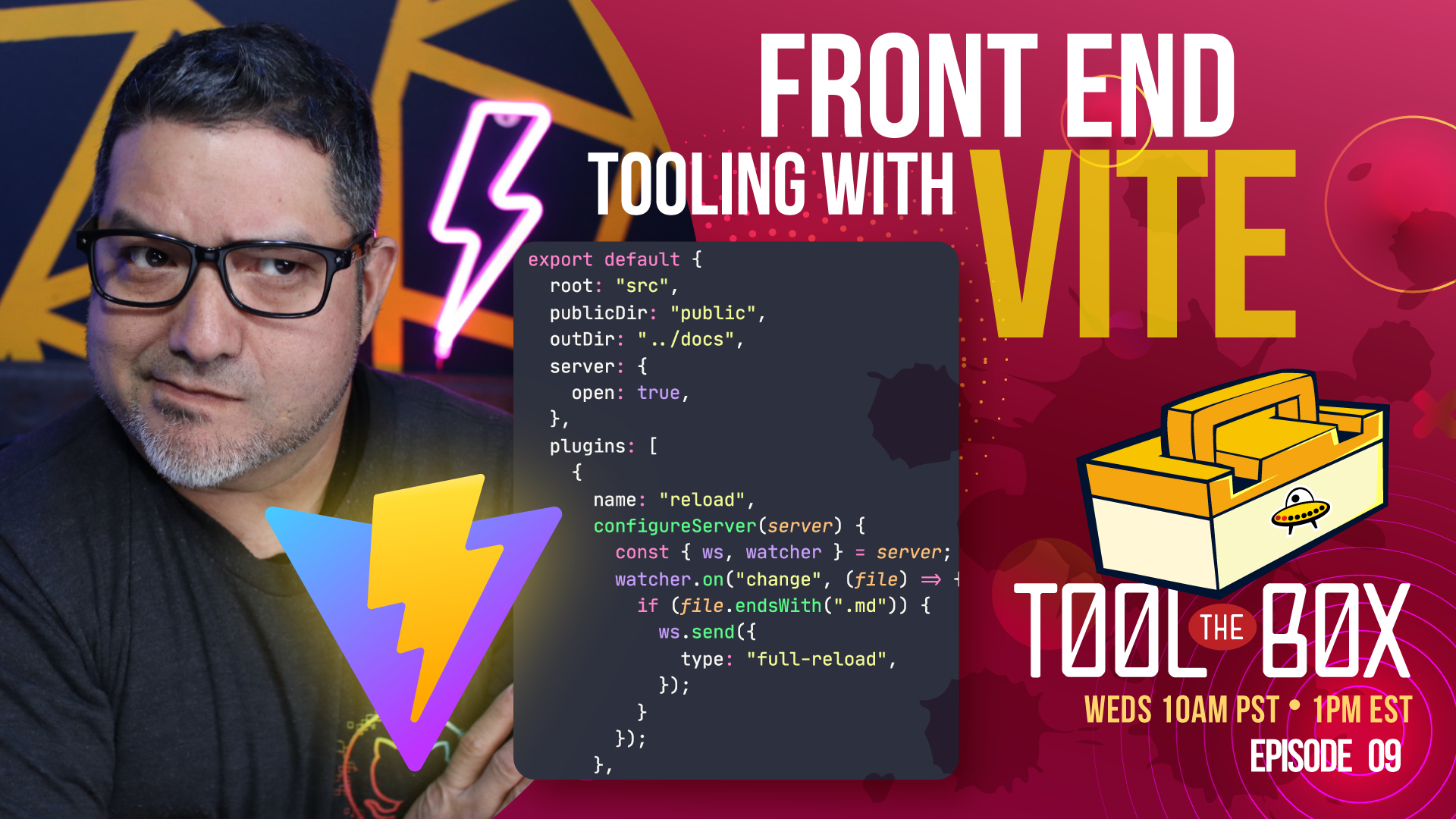 There are so many build tools you can use, but the one I've been enjoying the best lately is Vite. Fast and easy to set-up. Plus, it's used by Vue.js so it's got a strong developer pipeline and pretty awesome features. If you're ready to make your tool chain more effective, come check out why it's fast becoming by tooling of choice. We'll have the usual suspects like Shorts and whatever else I'm up to.